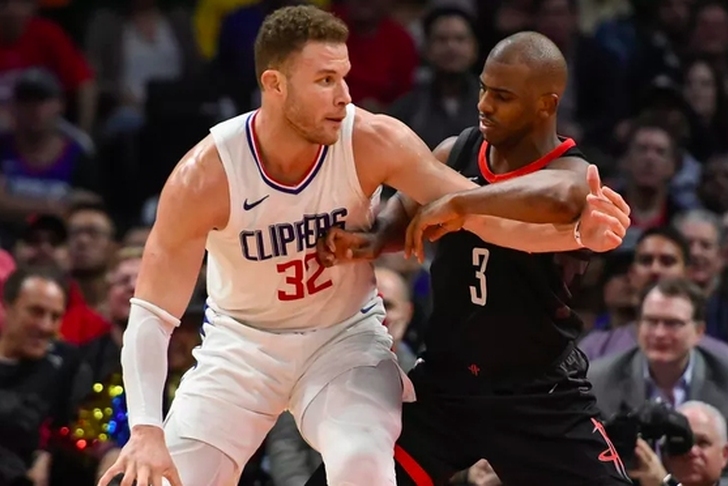 The NBA season is churning right along as most teams have hit the halfway point of the season, and there are only four games today with a majority of teams playing yesterday to celebrate Martin Luther King Day. With the All-Star break and trade deadline fast approaching, rumors are flying about which players could potentially be moved and what may happen this offseason. Here are all the latest news & rumors you need to know:

Fallout from Clippers-Rockets fights
The Los Angeles Clippers and Houston Rockets got into several scuffles in the fourth quarter of LA's 113-102 win on Monday night, and a number of Rockets players reportedly went through a secret passage connecting the two locker rooms in order to confront Austin Rivers and Blake Griffin after the game.

According to ESPN's Adrian Wojarnowski, the league is thoroughly investigating the matter and multiple suspensions are expected to be handed down.

The NBA's investigation into the Clippers-Rockets tomfoolery began late Monday night and continues into today, league sources tell ESPN. There will be no shortage of punished individuals.

However, Rockets guard Eric Gordon told TMZ after the game that the fights were "no biggie" and that he didn't expect anyone to get suspended.

New favorite to land DeAndre Jordan
Speaking of the Clippers, they were fielding offers for All-Star center DeAndre Jordan last month, and while they have since taken him off the trade block due to their insistence on keeping their current group together, the Milwaukee Bucks are "100 percent" interested in acquiring him, according to Marc Stein of the New York Times.

"100 percent the Bucks are interested in (DeAndre) Jordan and they are probably as interested in him as anyone," Stein said on BlogTalkRadio.

The Bucks are going all in on the immediate future after acquiring Eric Bledsoe earlier this season. They do have some valuable assets in reigning Rookie of the Year Malcolm Brogdon, Thon Maker, Khris Middleton, and Jabari Parker, and Los Angeles would likely want at least one of those players (along with a first-round pick) in return should they part with him.

Jordan is averaging 11.8 points and 14.0 rebounds per game this season.

Growing turmoil within Cavs locker room
The Cleveland Cavaliers are another team that is very interested in acquiring Jordan, but there are some major problems within their current locker room they need to fix first.

According to Joe Vardon of Cleveland.com, there is "growing discontent and concern" within the Cavs locker room that they will be unable to turn around their recent slide and that they can't win an NBA title.

There is growing discontent and concern in the Cavaliers' locker room that the root problems of their prolonged slump are not fixable.

Multiple marquee Cleveland players spoke without attribution to cleveland.com, ESPN and The Athletic after the loss to the Warriors, and league sources separately spoke to cleveland.com to describe a sullen and dour atmosphere on a team that a few short weeks ago was toasting in Napa, Calif.

There are questions as to whether the pieces put in place by owner Dan Gilbert's new front-office team, headed by general manager Koby Altman, fit together -- regardless of opponent -- and whether the Cavs will make a trade by the Feb. 8 deadline.

Cleveland dropped to 26-17 on the season following Monday night's 118-108 defeat to the Golden State Warriors, marking their eighth loss in the last 10 games. They're in third place in the Eastern Conference and 7.5 games behind the first-place Boston Celtics.

NEXT READ: Cavs Will "Definitely" Make A Trade Prior To Deadline