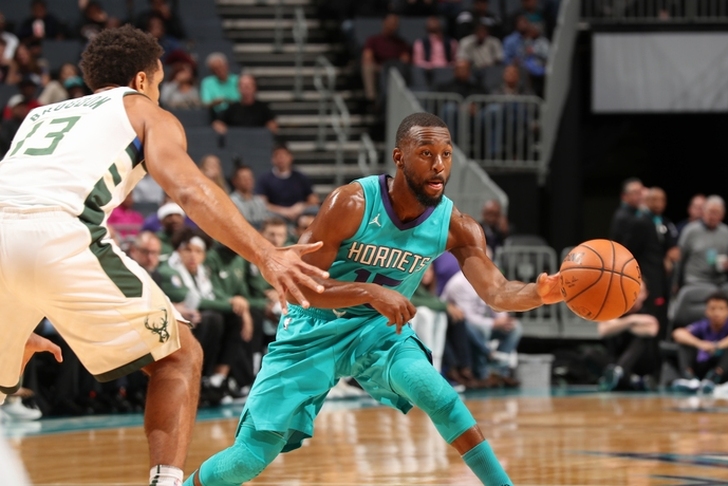 The NBA season is churning right along as most teams have hit the halfway point of the season, and there are 11 games today on Martin Luther King Day. With the All-Star break and trade deadline fast approaching, rumors are flying about which players would potentially be moved. Here are all the latest news & rumors you need to know:

Hornets expected to deal Kemba Walker
The Charlotte Hornets have been one of the biggest disappoints of the season with a 16-25 record, and with 11 players locked into contracts next year, there's a great chance they look to start blowing up their roster before the trade deadline. That will start with them dealing All-Star point guard Kemba Walker, according to Marc Stein of the New York Times.

The Michael Jordan-owned Hornets are going nowhere. Yet we advise you to track them at least through the Feb. 8 trade deadline because Charlotte will probably be forced to consider dealing Kemba Walker. If Walker stays, Jordan risks losing his best player without compensation in the summer of 2019 — or, perhaps worse, paying big bucks to hang on to him instead of starting an overdue tear-down of a pricey but mediocre roster.

Walker is averaging 21.8 points and 5.7 assists per game so far this season.

Kevin Durant's desire to own an NBA team has intensified since joining the Golden State Warriors, sources told ESPN.

Over the past year and a half, sources say Durant and his business partner Rich Kleiman have taken numerous meetings with existing owners and tech CEOs to learn the lay of the land.

Durant has serious intentions of purchasing an NBA team after his playing career, league sources told ESPN. One source, who requested anonymity, says "this is a genuine goal of his after he retires, to add another African-American in the position of majority ownership."

LeBron James has also been open about his desire to own a team after he retires. Michael Jordan (Hornets) is currently the only African-American majority owner in the NBA.

Anfernee Simons may jump from high school to NBA
IMG Academy's Anfernee Simons is ranked as the No. 7 overall prospect in the 2018 recruiting class, but he is eligible to enter the NBA Draft after reclassifying a year back. The former Louisville commit (who decommitted because of the FBI scandal) said yesterday that he plans to go through the NBA Draft Combine and all the pre-draft events before making a decision on whether to keep his name in the draft or go to college.

“I’m probably going to wait until the last signing period to decide if I’m gonna keep if I’m gonna keep my name in or go to college,” he said. “Someone told me about it, after that I told my parents maybe this is a good idea. Really I’m just trying to get better every day.”

Simons is projected to be a late first-round pick should he keep his name in the draft. If he decides to attend college, Simons is now considering Alabama, Florida, Florida State, Minnesota, NC State, SMU, South Carolina, and Tennessee.