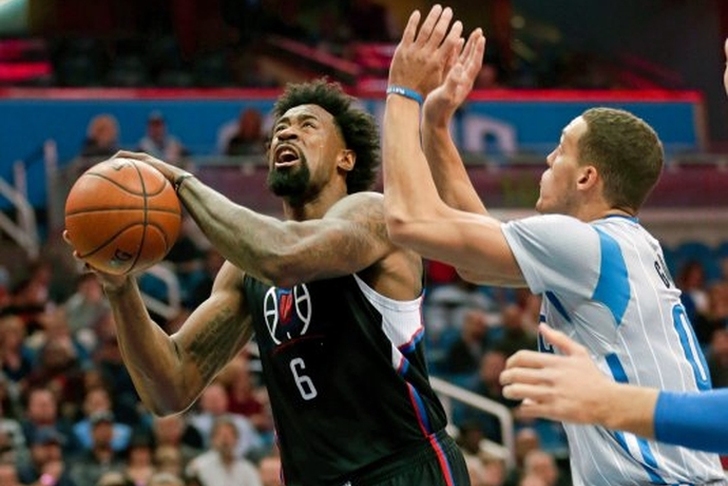 The NBA preseason wraps up tonight, and teams around the league are making their final preparations ahead of the start of the regular season next week. The contract extension deadline (Oct. 16) is looming large around the league, as teams have to make decisions on players entering the final years of their contracts. Here are all the latest news & rumors you need to know from around the league:

Clippers don't plan to trade DeAndre Jordan
The Los Angeles Clippers fielded offers for star center DeAndre Jordan, but they have no plans to get rid of him, according to ESPN's Zach Lowe.

The Clips finally listened when suitors called on Jordan around the draft, according to sources across the league. They did not shop him. They conducted some due diligence. They like DeAndre Jordan so much, they have discussed a potential extension, per a report by Brad Turner of the Los Angeles Times.

Lowe speculates that the Clippers may change course and look to trade him if they struggle during the first half of the season, but right now, Los Angeles wants to keep him.

Magic unlikely to offer extensions to Aaron Gordon, Elfrid Payton
The Orlando Magic spent two lottery picks on Aaron Gordon and Elfrid Payton in the 2014 draft, but both players are facing uncertain futures with the franchise. According to Josh Robbins of the Orlando Sentinel, the Magic are unlikely to give either Gordon or Payton a contract extension before the Oct. 16 deadline.

Under league rules for former first-round picks entering their fourth seasons, the Magic have until Monday to sign Gordon or Payton to extensions. Without agreements, Gordon and Payton would head to restricted free agency in July, and the Magic would have the right to match any offer sheet for Gordon or Payton from another team.

Although Gordon’s and Payton’s situations could change, it seems unlikely that the Magic will reach extension agreements with either Gordon or Payton before Monday’s deadline.

Orlando hired both Jeff Weltman and John Hammond to front office positions this May and neither has any history with Gordon or Payton. They will likely use the season to evaluate both players before making a final decision next summer.

Gordon, one of the league's best dunkers, averaged a career-high 12.7 points per game last season to go along with 5.1 rebounds.

Payton, who was in and out of Orlando's starting lineup last season due to inconsistency, averaged 12.8 points, 6.5 assists, and 4.7 rebounds per game.

Timberwolves pursuing trade for Jared Dudley?
The Phoenix Suns are shopping forward Jared Dudley, among others, as we head into the new year, and the Minnesota Timberwolves are pursuing a deal for him, according to KTSP's Darren Wolfson.

This @ZachLowe_NBA prediction today has legs. Told the #Twolves have poked around about Dudley's summer left toe surgery. pic.twitter.com/5KWzAt9goo