NBA Rumors: Cavs Not Asking For More From Celtics, Odom To Retire As A Laker & More 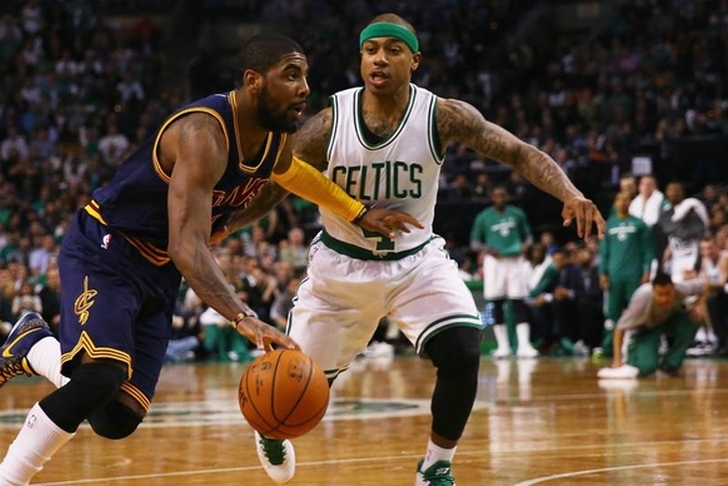 The Thursday deadline is looming for the Cleveland Cavaliers to accept or veto the blockbuster trade that sent Kyrie Irving to the Boston Celtics, with concerns about the health of Isaiah Thomas' hip putting the deal in jeopardy. We new information on that ongoing saga, as well as an update on Boston's plans following the deal, in today's NBA Rumors Roundup:

Cavs reportedly not asking for more from Celtics in Kyrie Irving trade
After Thomas failed his physical with the Cavs, Cleveland had reportedly asked the Celtics for additional compensation in order to complete the deal. However, Joe Vardon of cleveland.com reports that is not the case.

Per a source, as of yesterday afternoon the Cavs had made no request to Boston for more on Kyrie-IT trade

The additional compensation Cleveland was seeking was for the Celtics to include either second-year forward Jaylen Brown or rookie Jayson Tatum with original package of Thomas, Jae Crowder, Ante Zizie and Brooklyn's unprotected 2018 first-round pick.

Boston has remained adamant that they were up front with the Cavs about the severity of Thomas' hip injury and do not plan to include anything other than a second-round pick to sweeten the deal.

Celtics planning to sign Thomas Robinson
The completion of that trade would open up a roster spot for the Celtics, and they plan to sign power forward Thomas Robinson to fill that spot, according to ESPN's Adrian Wojnarowski.

The Celtics just signed undrafted guard L.J. Peak to a partially guaranteed deal, but he is expected to spend the season with Boston's G-League affiliate, the Maine Red Claws.

Robinson averaged 5.0 points and 4.6 rebounds in 11.7 minutes per game in 48 appearances for the Los Angeles Lakers last season.

Lamar Odom to retire as a Laker
Speaking of the Lakers, they are making plans to have Lamar Odom retire as a member of the team, according to Shams Charania of The Vertical. Odom played for the Lakers from 2004-2011, winning two championships and a Sixth Man of the Year award. However, Odom said he'll retire as a Laker for his family instead of for himself.

“My family looks forward to me retiring as a Laker more than me,” Odom told The Vertical. “I’m not really emotional about being praised, about signing for a day. I’m shy at the end of the day. For my son, for my family, for my fans, they may enjoy that day. It’s for them.

Odom apparently still holds bad feels towards the franchise following a trade in the 2011 offseason that sent him from LA to the Dallas Mavericks.

“That trade from the Lakers basically ended my career and purpose,” Odom said. “I was never really myself ever again. Being in L.A., the structure, the people I knew, it hurt leaving. I had great memories with the Lakers, with Kobe and Pau. That was a special time in my life.

Odom last played in the 2012-13 season for the Los Angeles Clippers, where he averaged a career-low 4.0 points with 5.9 rebounds per game.