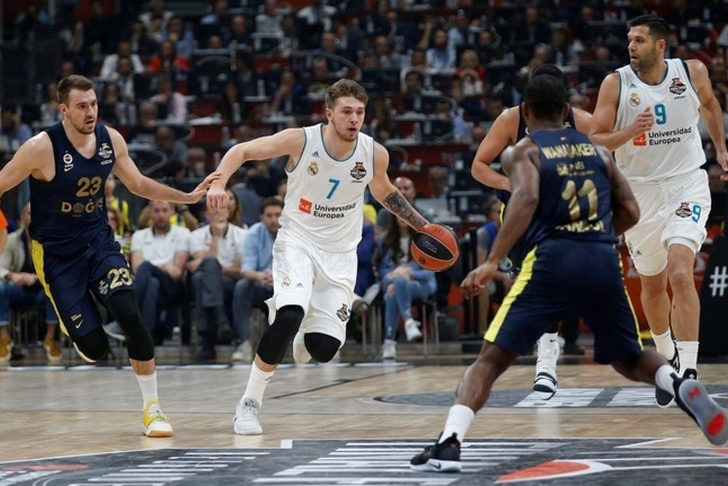 The buzz around the 2018 NBA Draft is continuing to grow with just five days until the deadline for early entrants to either withdraw from or stay in the draft will finalize the draft pool. Teams are also conducting many workouts this week as they try to narrow down which prospects they will be targeting, and there is a potential trade in the works involving lottery teams. Here are the latest NBA Draft rumors you need to know:

Potential Knicks-Clippers trade
The Los Angeles Clippers currently hold the No. 12 and No. 13 picks in the draft, but they are looking to make a trade into the top 10 and may have a potential partner in the New York Knicks, according to Bleacher Report’s Jonathan Wasserman.

Believe NY likes the guys they're looking at with #9, including Lonnie Walker. Do wonder if #9 is high enough for Clippers to offer 12 + 13. Would guarantee them one of: Young, Mikal Bridges, Carter, Porter, Jackson. https://t.co/y65raR3IqE

The Clippers want to move up in order to take Missouri's Michael Porter Jr., who was in the running for the No. 1 pick before he missed virtually the entire season due to back surgery. However, it's unlikely he'll be available at No. 9 and he is projected to be picked No. 8 overall by the Cleveland Cavaliers in our latest mock draft.

New York is believed to be focused on picking a small forward with the selection and is targeting Villanova's Mikal Bridges.

Subscribe to Chat Sports on YouTube to stay up to date on all NBA rumors and news!

Luka Doncic keeps Real Madrid return open
While Luka Doncic is expected to enter the draft given his stock, he has yet to do so, choosing instead to focus on Real Madrid's EuroLeague season. Now that it's over, he still has not declared for the draft and continues to keep the door open for him to return to Real Madrid next season.

“Well, I still have to win a Spanish SuperCopa in Spain," Doncic said. "I haven’t won it yet. I won everything but you can still win more, more times. Getting the titles again is something that would only happen in Real Madrid, so everything is still open”

Doncic is in the running for the No. 1 overall pick with Arizona's Deandre Ayton, but if the Phoenix Suns decide to go with Ayton over him, there's a chance he could slide out of the top three altogether.

Warriors won't work out LiAngelo Ball
Even though LiAngelo Ball, Lakers point guard Lonzo Ball's younger brother, said he has a private workout scheduled with the Golden State, the Warriors have denied that, according to Jon Becker of the San Jose Mercury News.

In refuting what the younger Ball said, a Warriors spokesman said Thursday the team has no specific plans to meet with LiAngelo, who quit UCLA’s team in his freshman season after being arrested for shoplifting in China on a team trip this past season. LiAngelo told HoopsHype he’s already arranged private meetings with the Warriors, Clippers and Lakers before the NBA Draft on June 21.

LiAngelo and his younger brother, LaMelo, then went overseas and played for the Lithuanian pro club Vytautus Prienu this season. Ball left the team to enter the NBA Draft, but he is not projected to be drafted.

In 14 games for Vytautus Prienu, including six starts, Ball averaged 12.6 points and 2.9 rebounds per game.