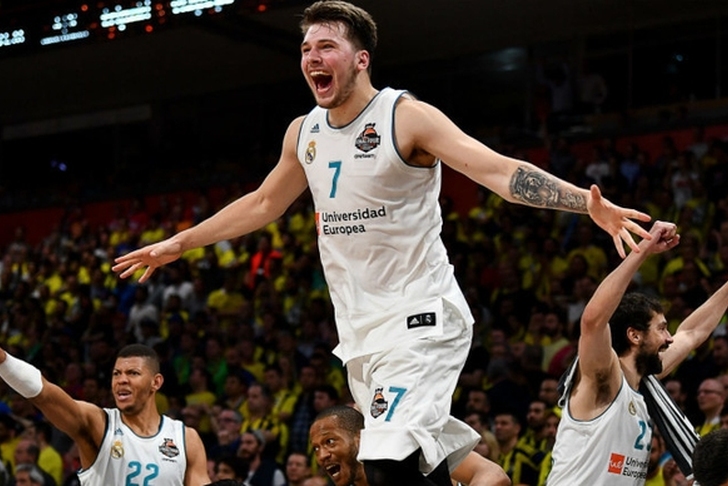 The buzz around the 2018 NBA Draft is ramping up following the NBA Draft Combine, which took place over the weekend and has players rising up and falling down draft boards. However, most of this weekend's talk centered around 19-year-old Luka Doncic, who led Real Madrid to the EuroLeague title and became the youngest player ever to win EuroLeague MVP.

Where will he go in the draft? Here are the latest NBA Draft rumors you need to know:

Doncic to fall out of top 3?
The Phoenix Suns are considering both Doncic and Arizona big man Deandre Ayton with the No. 1 overall pick, but if they choose to go with Ayton, there's no guarantee that Doncic will get picked No. 2.

According to ESPN's Jonathan Givony, both the Sacramento Kings and Atlanta Hawks - owners of the No. 2 and No. 3 overall picks, respectively - are "likely to pass" on him in favor of big men.

Doncic's next destination was a focal point on many a conversation over the course of the weekend. It still remains to be seen which NBA team will elect to draft him. The growing consensus among NBA decision makers in attendance at Stark Arena in Belgrade is that the teams drafting behind the Phoenix Suns at No. 1, the Sacramento Kings and Atlanta Hawks, are likely to pass on European prodigy in favor of American frontcourt players. The question remains whether a team will trade up into the top three to snag Doncic, or if he will fall to the No. 4 (Memphis) or even the No. 5 pick (Dallas), after being heavily scouted in the Euroleague playoffs against Panathinaikos, and mostly struggling.

Doncic may not have to worry about that, however, as we project the Suns to take him with the top pick in our post-lottery mock draft.

Phoenix needs a point guard and Doncic has a strong connection to new Suns head coach Igor Kokoshov, who was his coach for Slovenia when they won the EuroBasket title last summer.

Doncic will decide NBA future "soon"
While Doncic is expected to enter the draft given his stock, he has yet to do so, choosing instead to focus on Real Madrid's EuroLeague season. Now that it's over, he said he will make a decision "soon."

“I will decide soon, but now I am focused on celebrating”, Doncic said after the win. “When the time comes about the NBA I will decide”.

Hutchison surprisingly withdrew from the NBA Combine on Wednesday - one day before it started - with reports that he had received a promise from a team picking late in the first round. Once a player receives a first-round promise, they usually avoid any more on-court workouts in order to avoid injury.

Hutchison averaged 20.0 points, 7.7 rebounds, and 3.5 assists per game as a senior last season.

Robinson has not played a competitive basketball game since his final year in high school and spent the last year preparing for the NBA Draft.

After surprisingly committing to Western Kentucky, he left school when assistant coach Shammond Williams, his godfather, resigned from WKU in early July. Then he went back to school to honor his commitment and play for head coach Rick Stansbury. Then he left campus for the second time with the intent to transfer to another school. However, he would not have been eligible to play this season since he took summer classes at WKU, so he opted to just drop out of school entirely and wait for the draft.

NEXT READ: 4 Borderline Prospects Who Should Be First-Round Picks After The NBA Combine