NBA Draft Rumors: Clippers May Trade Up For Porter, DiVincenzo Expected To Stay In Draft, And Blazers Interested In Brown 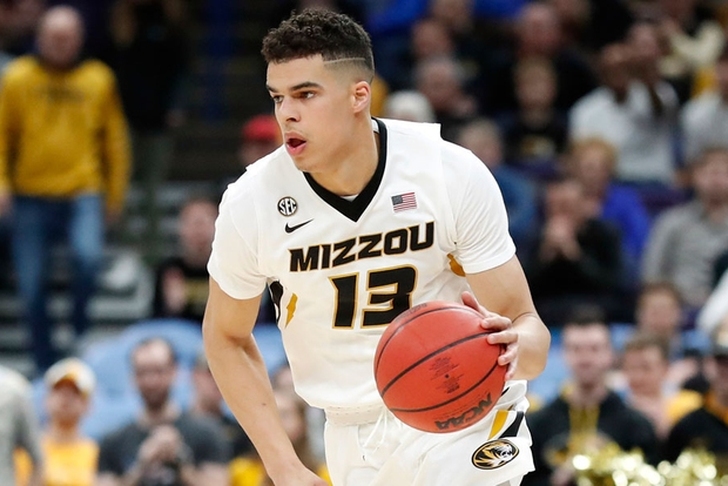 The buzz around the 2018 NBA Draft is continuing to grow with just a week until the deadline for early entrants to either withdraw from or stay in the draft. Teams are also conducting many workouts this week as they try to narrow down which prospects they will be targeting, and one team is already looking to make a major trade up. Here are the latest NBA Draft rumors you need to know:

Clippers looking to trade up to take Michael Porter Jr.
The Los Angeles Clippers currently hold the No. 12 and No. 13 picks in the draft, giving them the opportunity to land two quality players at the back end of the lottery. However, the team does not appear to be satisfied with that.

According to Kevin O'Connor of The Ringer, the Clippers are looking to trade up in order to take Missouri's Michael Porter Jr.

The Clippers are open to moving up in the draft, according to multiple league executives. They’re armed with picks numbers 12 and 13 and have the assets to get creative. A front-office exec said that Michael Porter Jr. is a possible target for the Clippers, who could slide the forward into their modernized system as a go-to scorer.

Porter was in the running for the No. 1 pick in the draft before he suffered a hip injury that required back surgery and ended his season before it really started. He's a good, fluid athlete - when healthy - who excels on the perimeter and around the basket with his smooth skill set.

He is projected to be picked No. 8 overall by the Cleveland Cavaliers in our latest mock draft.

If the Clippers keep their two picks, we project they will take Alabama point guard Collin Sexton and Miami combo guard Lonnie Walker.

Subscribe to Chat Sports on YouTube to stay up to date on all NBA rumors and news!

DiVincenzo, who is currently testing the waters, has improved his draft stock into the 20s range after entering the combine as a borderline first-round pick. “I told someone at Villanova they need to start cleaning out Donte’s locker,” an Eastern Conference scout told The Athletic.

DiVincenzo is a two-way player who does all the little things to win such as diving for a loose ball, crashing the offensive and defensive boards, and hustling on every play as if it’s his last. “He’s a very good athlete,” one Eastern Conference executive told The Athletic. “He can defend and is a pretty good offensive player. He’s got to be able to handle the ball a little better if he wants to be a combo guard. His athleticism, shooting and defense are above average.”

DiVincenzo burst onto the draft scene with his 31-point performance in the national championship game and has an intriguing combination of scoring ability and athleticism. He had the highest standing vertical (34.5") and highest max vertical (42.0") at the combine and showcased his shooting and shot-making abilities in scrimmages at the NBA Combine.

Those skills allowed him to average 13.4 points, 4.8 rebounds, and 3.5 assists last season for the Wildcats despite mostly being used in the sixth-man role. He is projected to be taken by the Golden State Warriors with the No. 28 pick in our latest mock draft.

NEXT READ: 4 Borderline Prospects Who Should Be First-Round Picks After The NBA Combine

Blazers interested in Brown
The Portland Trail Blazers will have Miami guard Bruce Brown in for a workout this week, and the team is somewhat interested in using the No. 24 pick to draft him, according to Jason Quick of NBC Sports Northwest.

Brown has piqued the interest of the Blazers because of his size (6-foot-5), and his defensive skills on the perimeter, which were shelved the final two months of this season after he broke his left foot. He says the foot has been fully cleared for the past two weeks.

Brown is small for a shooting guard at 6-foot-3 but makes up for it with a 6-foot-9 wingspan and elite athleticism. He's a very versatile offensive player who was projected to be a lottery pick at the start of the season but dropped due to a slow start to the season before he suffered the foot injury. Brown averaged 11.4 points, 7.1 rebounds, and 4.0 assists per game last season.

However, we project Portland will take Tulane wing Melvin Frazier with the No. 24 pick and that Brown will drop to the Brooklyn Nets at No. 29 in our latest mock draft.