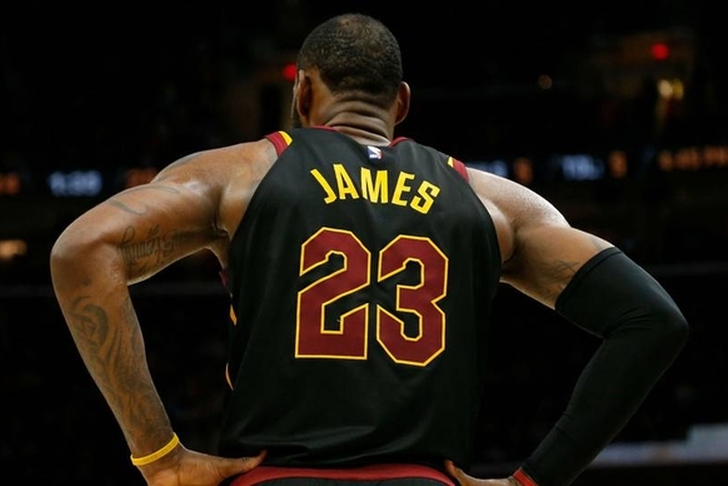 LeBron James' pending free agency this summer has been one of the major storylines of the NBA season and there have been plenty of rumors swirling about where he'll end up. Several teams are already planning their pursuits for him this summer, and there has already been a billboard war between 76ers fans and Lakers fans as they try to recruit him. Here are all the latest LeBron James free agency rumors you need to know:

LeBron insists there's no list of teams
The Ringer's Kevin O'Connor reported earlier this week that LeBron would only be considering four teams - the Cleveland Cavaliers, Houston Rockets, Philadelphia 76ers, and Los Angeles Lakers - in free agency, but James insists that there's no list and that he hasn't seriously thought about the topic yet.

"I've still got too much work to do here," James said, speaking about Cleveland's current season. "One thing about me and my career, you probably don't know, you haven't been around me, that I handle my business accordingly, and when that time comes, I'll take care of that.

"I understand that I'm a free agent at the end of the summer, so I understand the frenzy that comes with it. It's not my first rodeo, but I don't, it doesn't bother me. I don't talk about it too much. Like I said, I'll handle that whenever it comes, but it's, I understand that the conversation happens here because, first of all, they have cap space. And this league is much better when the Lakers, the Knicks, and the Celtics are all good at the same time. That's just how it is. So that's what also creates the frenzy."

This would be welcome news for the Los Angeles Clippers, who are also planning to pursue him on the open market but weren't on that list.

League sources believe it’s “still a long shot” James chooses the Lakers this summer, but that’s mostly because he’s determined to stay focused on winning a title with the Cavaliers this season.

Los Angeles cleared enough cap space in the Isaiah Thomas trade to sign two players to max contracts in free agency this summer, something that has been the plan since new team president Magic Johnson and general manager Rob Pelinka took over.

LeBron and Paul George are their top two targets.