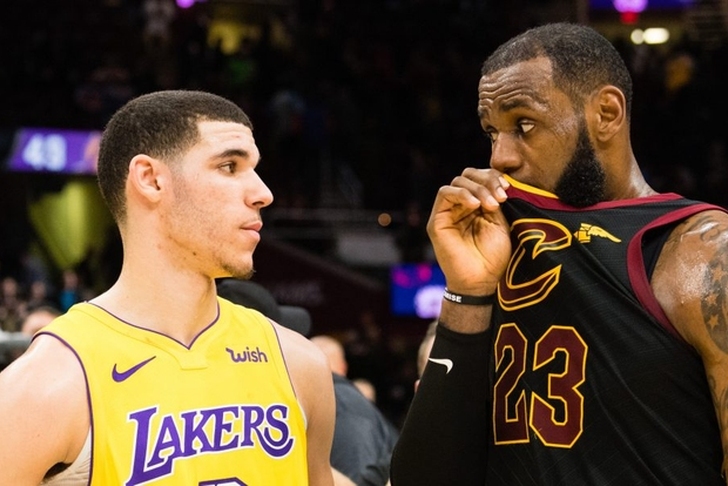 The Los Angeles Lakers haven't been shy about their intentions to pursue LeBron James in free agency this summer, and with a Philadelphia 76ers fan posting billboards around Cleveland recruiting LeBron to Philly, a Lakers fan has countered by posting billboards of his own.

Lawyer Jacob Emrani purchased four billboards that went up today around the Los Angeles area, all of which with different pitches directed at James.

4 LeBron billboards are going up around LA today. These. A 3rd depicts Lakers retired jerseys with LeBron’s as the next one. A 4th says “Forget The Process, we win banners.” Bought by attorney, and Laker fan, Jacob Emrani. Cavs play Clippers & Lakers this week. pic.twitter.com/XaWLGN49pE

Los Angeles cleared enough cap space in the Isaiah Thomas trade to sign two players to max contracts in free agency this summer, something that has been the plan since new team president Magic Johnson and general manager Rob Pelinka took over. Their top targets are LeBron and Paul George.

James is expected to decline the $34.6 million player option on his contract for next season in order to explore free agency. A number of other teams, specifically the Houston Rockets and Los Angeles Clippers, are planning to pursue him on the open market.