Lakers Free Agency Rumors: Both LeBron James And Paul George Will Sign With LA, According To Shaq 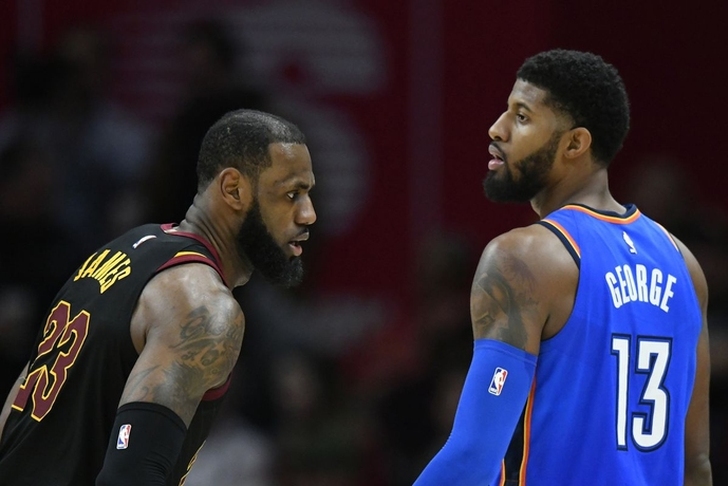 This has been the plan since new team president Magic Johnson and general manager Rob Pelinka took over with Paul George and LeBron James known to be their top two targets.

While plenty of other teams plan to pursue both star players, former Laker and current NBA analyst Shaquille O'Neal thinks Los Angeles will land both.

“I think Paul George ... He’s definitely going to the Lakers. Him and LeBron. You heard it here first. I’m gonna say this is just my opinion, LeBron, Paul George and there will be a couple of other big names that go to the Lakers organization.”

George has expressed interest in signing with the Lakers dating back to last season and is the reason why the Indiana Pacers traded him to OKC last summer. He averaged 21.9 points, 4.7 rebounds, and 2.0 steals per game this season.

The Lakers have also been thought of as the favorite to lure LeBron away from the Cavs. He averaged 27.5 points, 9.1 assists, and 8.6 rebounds per game.