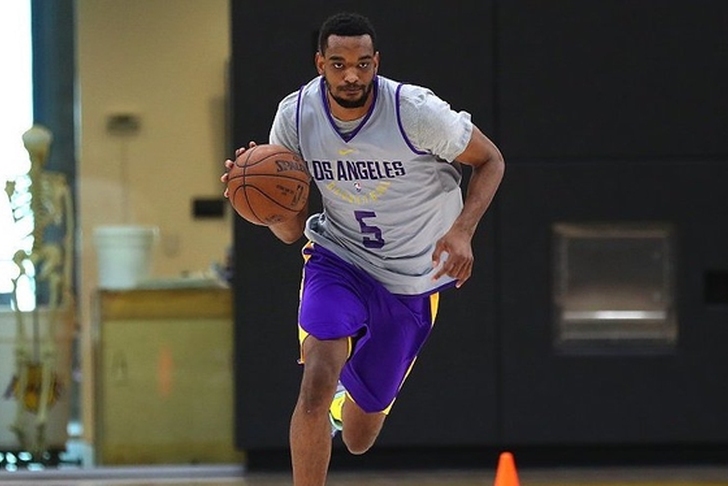 While NBA teams have placed an emphasis on younger players and one-and-done prospects in recent years, the Los Angeles Lakers found success last year by taking players who were collegiate upperclassmen with years of experience under their belts in Kyle Kuzma and Josh Hart.

As such, Jeanie Buss told Lakers.com that they will likely go the same route with the No. 25 overall pick.

A lot of times, I believe fans of basketball get infatuated with younger players, typically freshman that are 18 or 19. ‘Upside’ is the big word. How much better can this guy get? And it’s a fair argument, because a lot of times, you’re not looking at a guy who’s really perfected his craft or has really developed. In terms of juniors like Kuzma and seniors like Josh, they’re a little more polished and you know what you’re getting usually, but at the same time, there has been a lot of growth over the year with teams who have drafted juniors and seniors that have gotten better.

Los Angeles has already worked out a pair of talented upperclassmen prospects projected to go late in the first round in Ohio State's Keita Bates-Diop and USC's Chimezie Metu.

Both players are versatile wing prospects, which is one area the Lakers are targeting along with point guard, where they've been linked to UCLA's Aaron Holiday.

The Lakers are also very interested in Villanova's Jalen Brunson, who won National Player of the Year while leading the Wildcats to their second national championship in three seasons. And, given the way the Lakers franchise loves Hart, they likely wouldn't hesitate to take another Villanova player.

We have the Lakers taking Brunson with the No. 25 pick in our post-lottery mock draft.