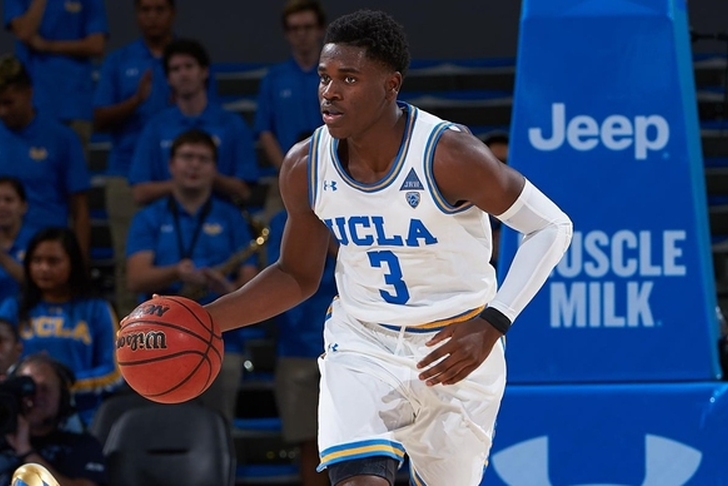 The Los Angeles Lakers currently have the No. 25 pick and No. 47 pick in the draft, and after hitting on Kyle Kuzma late in the first round last year, LA is hoping to do that again this year.

One of the positions the Lakers figure to target with that pick is a backup point guard for Lonzo Ball (they aren't expected to re-sign Isaiah Thomas), and HoopsHype thinks Los Angeles will take another UCLA point guard in Aaron Holiday.

Holiday became one of the most prolific scorers in the nations in the second half of the year. He’s a highly effective 3 point shooter who has really improved as an all around scoring point guard in his three years at UCLA. While he’s undersized at 6’1, he does have a 6’7 wingspan. The fact that he has two brothers playing in the NBA also helps his cause as he has been around pros and has been exposed to what it takes from a preparation and intensity standpoint. While not the most explosive athlete, Holiday is quick and skilled and should have a chance to carve out a role in the NBA as an instant offense type.

Holiday actually served as Ball's backup with the Bruins during the 2016-17 season before taking over the starting job again last year, and he led UCLA back to the NCAA Tournament. He averaged 20.3 points and 5.8 assists per game.

The Lakers are also very interested in Villanova's Jalen Brunson, who won National Player of the Year while leading the Wildcats to their second national championship in three seasons. And, given the way the Lakers franchise loves Josh Hart, they won't hesitate to take another Villanova player.

That said, Holiday appears to be higher on their board - if he's available.