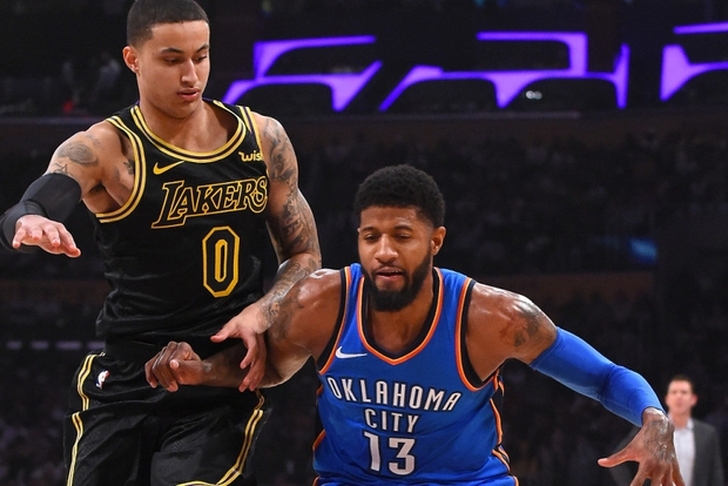 The Indiana Pacers traded Paul George to the Oklahoma City Thunder this offseason after he openly expressed a desire to sign with the Los Angeles Lakers in free agency this offseason, and that has resulted in a season-long question about whether George will ultimately decide to re-sign with the Thunder or follow through on his original plan to join his hometown favorite team.

With the NBA All-Star Game being held in Los Angeles this past weekend, George discussed the cheers he was receiving from fans and added an interesting nugget about his future.

“It feels good to be welcomed. I think anybody would want to be wanted and feel welcome. So that always feels great.”

“I don’t,” George said when asked if he had already made a decision about this future. “I know what I feel is best, but it’s a long way until the end of the season.”

That comment would seem to indicate that George has mostly made up his mind on where he wants to play next year, and this comes on the heels of him praising Russell Westbrook after George was originally left out of the All-Star game.

"Russ is the reason why this decision is becoming even more easier to make, is the character Russ [has]," George said. "A stand-up guy, and he has his teammate's back.

"It was awesome for a teammate to have your back and to stand up. And to be honest, he should be a starter. He's been the MVP, been the best player at his position. He should've been a starter, but that's another story. But the fact Russ had my back, that's my guy forever, and it's more apparent what this decision needs to be made when it comes down to it."

Los Angeles cleared enough cap space in the Isaiah Thomas trade to sign two players to max contracts in free agency this summer, and new team president Magic Johnson and general manager Rob Pelinka have been targeting George and LeBron James since they took over.

George is averaging 22.5 points, 5.4 rebounds, and a league-high 2.2 steals per game this season.

NEXT READ: 5 Intriguing Things We Learned From Kobe's Interview With Shaq