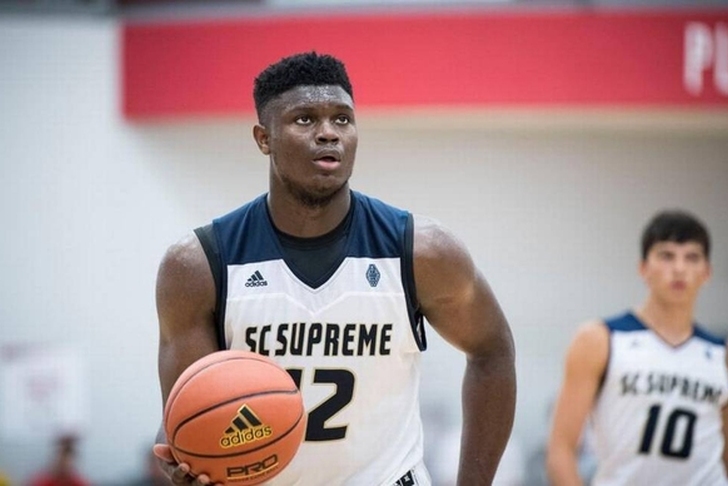 Five-star forward Zion Williamson, the No. 2 overall prospect in the 2018 recruiting class, announced on SportsCenter that he has committed to Duke.

Williamson's commitment solidifies Duke as the No. 1 recruiting class for the third year in a row, joining fellow five-star recruits R.J. Barrett, Cameron Reddish, and Tre Jones. Barrett, Williamson, and Reddish are the top three prospects in the 2018 class (Jones is the top point guard and No. 8 overall prospect).

Clemson was thought to be the favorite for Williamson, as they were the first major conference school to offer Williamson in the ninth grade. Williamson's stepfather, Lee Anderson, also played at Clemson, which is less than 100 miles from their home in Spartanburg.

The Gamecocks reportedly gained some late momentum in his recruitment, pitching Williamson on the idea of playing alongside another five-star prospect in Louisville transfer Brian Bowen, who is friends with Williamson, while staying in South Carolina.

Kentucky also made a push because of head coach John Calipari's proven track record of getting players to the NBA. One of Williamson's closest friends, five-star point guard Immanuel Quickley, committed to the Wildcats in September and signed in November.

However, Williamson said "the brotherhood" of Duke and playing for head coach Mike Krzyzewski is what caused him to pick the Blue Devils.

MORE ON CBB: Kansas flexing their muscle, Duke is still a top title threat & more takeaways from the week of college basketball

The 6-foot-7, 272-pounder became a YouTube sensation for his high-flying dunks while playing for SC Supreme and his high school, Spartanburg Day School. Check out his highlight film below.