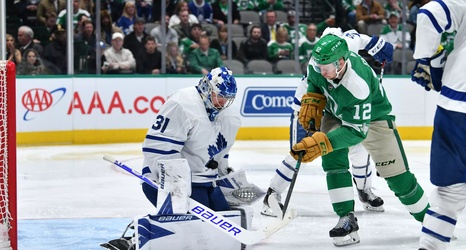 What caused the Dallas Stars, one of the stingiest defenses in the league, to allow the Toronto Maple Leafs to score five goals against them?

“Our attention to detail wasn’t nearly close to where it needs to be,” interim head coach Rick Bowness said after the game. He said that the Stars felt they gave Toronto three goals tonight.

He wasn’t wrong. Three of the five goals against (one was an empty-netter, to be fair) were easily traced back to poor decisions made either with the puck or with defensive coverage miscues.