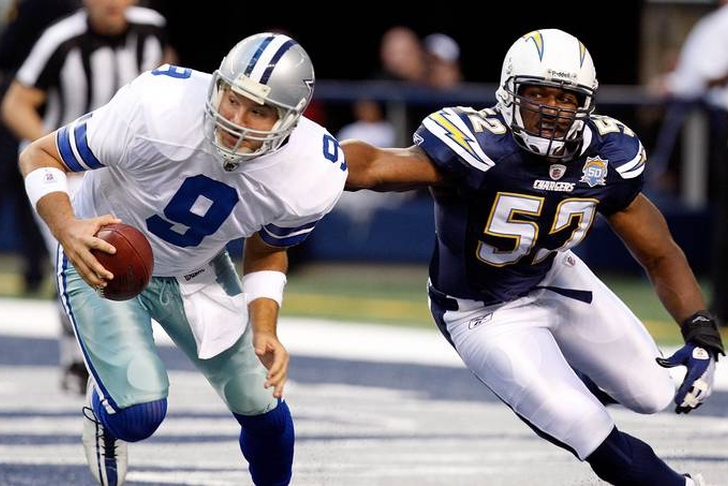 The Dallas Cowboys are finally starting to look like a legitimate contender in the AFC. Despite their week 2 loss to the Kansas City Chiefs, Dallas is coming together on both sides of the ball, and last week's comprehensive victory over the St. Louis Rams was a showcase of how dangerous this team can be when everything clicks. The Cowboys travel to Southern California for a tough road matchup with the San Diego Chargers, and they'll have to build on last week's performance if they want to avoid dropping this potential trap game.

The Cowboys will have to maintain their focus and avoid looking ahead to next weekend's game against the Denver Broncos if they want to leave San Diego with a win. Let's break down each team's offense and defense to see who has the edge:

It's hard to get a read on the Cowboys offense, but last week's win over St. Louis showed that when Dallas establishes the run, the rest of the offense opens up. The Chargers have the worst pass defense in the NFL, letting up 340 yards per game through the air, and Tony Romo would carve these guys up on a bad day. If Romo and Dez Bryant can establish a rhythm early, Bryant could be looking at a 200-yard game. DeMarco Murray had 175 rushing yards last week, and while he probably won't rack up that kind of yardage in San Diego, he could still have another big game.

Philip Rivers has had a strong season so far, but he's faced two bad defenses (Tennessee and Philadelphia) and an overvalued Texans secondary. WR Eddie Royal had five touchdowns in the first two games of the year, but was stymied in week 3 by the Tennessee Titans. The Chargers have an anemic rushing attack, and Ryan Mathews still hasn't rushed for more than 75 yards in a game this year.

The Cowboys have allowed fewer yards in each successive game, culminating with their dominant game against the Rams where they allowed just 232 total yards and sacked Sam Bradford six times. DeMarcus Ware has maintained his excellent form, and has four sacks so far on the season. LB Sean Lee continues to improve at an astounding rate, and could anchor the Cowboys defense for years to come.

Dallas is allowing just 66.3 rushing yards per game, and while their secondary isn't keeping up yet (Dallas allows 274 ypg through the air), this Cowboys defense continues to come up with turnovers and looks like their best defensive unit in years. Defensive Coordinator Monte Kiffin deserves serious credit if the Cowboys can maintain this level of play over the course of the season.

The Chargers defense, meanwhile, might be the worst in the NFL (well, outside of Jacksonville). Last in passing yards allowed per game and fourth from the bottom in rushing yards allowed, San Diego's defense needs all the help they can get. Rookie LB Manti Te'o is in line to make his first start of the season after spraining his foot in the Chargers' first preseason game, but it's unlikely that he'll make a serious impact on this woeful defensive unit.

Advantage: Dallas (and it isn't close)

Prediction: Vegas thinks this is going to be close. We don't. The Cowboys are on the road, but this Chargers defense would give up 30 points to your little brother's Pee-Wee team. We'll take the in-form Cowboys to run away with this one, 45-27

Cowboys Stats Show Improvement Across the Board

How Tony Romo can win a playoff game for the Cowboys