Cavs Trade Rumors: "No Dialogue" With Grizzlies About Gasol, May Pursue Gordon & More 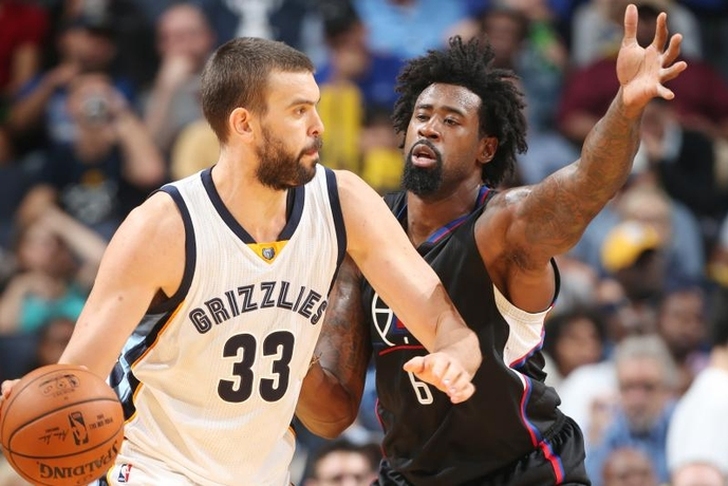 The NBA Trade Deadline is fast approaching on Thursday, and the Cleveland Cavaliers have been more engaged in trade talks that perhaps any other team in the league. They're trying to pull off a deal to help improve a struggling roster to help them compete with the league's top title contenders, and that has them firmly in the mix for a pair of former All-Stars. Here are the latest Cavs trade rumors you need to know:

Cavs have had "no dialogue" with Grizzlies about Marc Gasol trade
Memphis Grizzlies center Marc Gasol has been hypothetically linked to the Cavs all season, but the two sides have had no dialogue about a possible trade, according to ESPN's Zach Lowe.

Marc Gasol makes a ton of sense as a Nets pick target, but the Grizzlies appear happy to stand pat; the two teams have had no dialogue about any Gasol-centric deal, per league sources.

Despite their lackluster record, the Grizzlies have remained adamant about keeping both Mike Conley and Marc Gasol instead of going through a full-blown rebuild.

Potential for Aaron Gordon trade?
Gasol is probably too old for Cleveland to want to give up the Nets pick for him, but Aaron Gordon - who the Orlando Magic have made available - would be a perfect fit, Lowe writes.

Gasol's age makes him a suboptimal match for a post-LeBron doomsday scenario. That's why two weeks ago on a Lowe Post podcast, I pitched the idea of swapping the Nets pick for Aaron Gordon. This was pure speculation, to be clear. I just made up a fake trade.

The Cavs would get a 22-year-old who can shoot 3s and switch across all five positions -- someone who can help against Golden State (and, really, anyone) and remain with the team (via restricted free agency) for the next half-decade.

MORE NBA RUMORS: 5 Teams That Are Buying At The NBA Trade Deadline

Two teams drop out of mix for DeAndre Jordan
The Cavs have been right at the forefront of trade talks for Los Angeles Clippers center DeAndre Jordan, and their chances at landing him may have improved as both the Portland Trail Blazers and Washington Wizards have decided to stop pursuing a deal for him.

ESPN's Adrian Wojnarowski said on a podcast Monday that Portland has "backed away" from acquiring Jordan (though there's a chance they could get back in the mix) and ESPN's Zach Low reports that Washington "investigated the market for Jordan without gaining any traction."

The Houston Rockets and Milwaukee Bucks are thought to be the most serious suitors for Jordan, who is averaging 11.5 points and 14.9 rebounds per game, along with Cleveland.