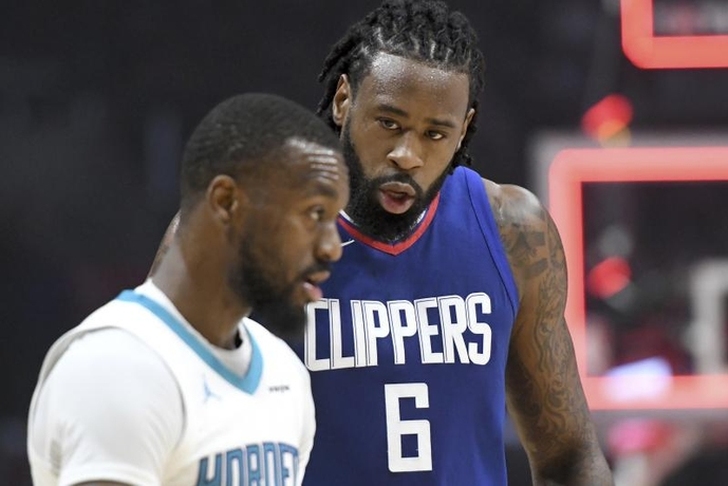 The NBA Trade Deadline is fast approaching on Thursday, and the Cleveland Cavaliers have been more engaged in trade talks that perhaps any other team in the league. They're trying to pull off a deal to help improve a struggling roster to help them compete with the league's top title contenders, and that has them firmly in the mix for a pair of former All-Stars. Here are the latest Cavs trade rumors you need to know:

Here's Cleveland's offer for DeAndre Jordan
The Cavs have been at the forefront of trade discussions for DeAndre Jordan and continue to be one of the favorites to land him. However, they're only willing to offer their own first-round pick and the "unwanted money" of Tristan Thompson and J.R. Smith for Jordan, according to USA Today's Sam Amick.

Cavs general manager Koby Altman is trying hard to shed the contracts of Tristan Thompson (two years, $36 million remaining) and J.R. Smith ($14.7 million next season, team option worth $15.6 million in 2019-20 with $3.8 million guaranteed), two players who were re-signed in large part because of LeBron’s omnipresent influence. They’re all represented by Rich Paul of Klutch Sports, who built the agency with a huge assist from James. As it pertains to the Cavs’ interest in the Clippers’ DeAndre Jordan, a person with knowledge of that situation said Cleveland continues to offer only its own first-round pick and this kind of unwanted money in those stalled negotiations.

Jordan is averaging 11.6 points and 14.9 rebounds per game this season.

Cavs unwilling to part with Brooklyn pick for short-term solution
Why isn't Cleveland offering the Brooklyn Nets' first-round pick to the Clippers as part of the deal for Jordan? According to Terry Pluto of the Plain Dealer, the Cavs don't want to move the pick for a short-term solution.

Cleveland originally acquired the pick from the Boston Celtics in the Kyrie Irving trade to serve as a safety net in case LeBron James leaves the team in free agency. They are projected to take Missouri's Michael Porter Jr. with the pick in Chat Sports' latest mock NBA Draft.

Cavs have talked with Hornets about potential Kemba Walker trade
Another former All-Star the Cavs have expressed interest in is Charlotte Hornets point guard Kemba Walker, who the team started fielding offers for a few weeks ago, according to ESPN Cleveland's Jordan Zirm.

Woj and Zach Lowe on Cavs-Charlotte trade rumors: "those two teams have definitely talked." still doesn't seem like anything will come of it, though

However, Hornets owner Michael Jordan said he won't trade Walker for "anything but an All-Star." Walker is averaging 22.7 points and 5.9 assists per game this season.