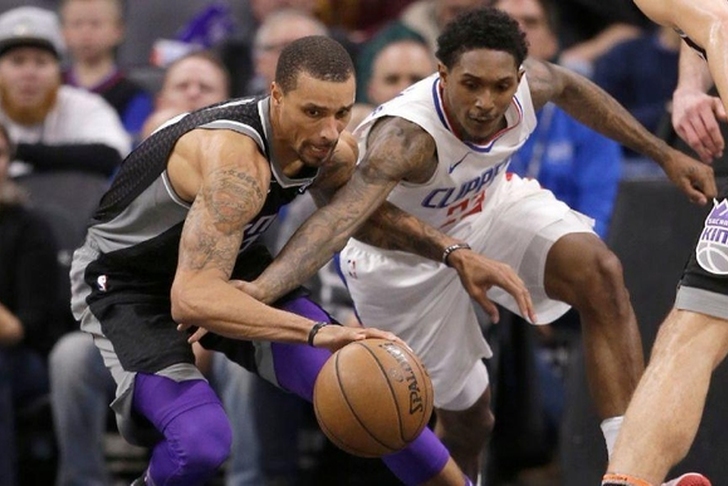 The Cleveland Cavaliers have been more engaged in trade talks that perhaps any other team in the league, leading us to believe that the Cavs could pull off a flurry of moves before the Feb. 8 deadline. They're looking to improve their roster to keep pace and hopefully put themselves ahead of the other title contenders, so what deal are they looking to complete? They are in discussions with the Sacramento Kings to acquire George Hill, and we know they're interested in both DeAndre Jordan and Lou Williams of the Los Angeles Clippers have remained adamant about keeping both. With that in mind, here are the latest Cavs trade rumors you need to know:

George Hill trade falling apart?
The George Hill trade was reportedly all but a done deal earlier this week, but according to Joe Vardon of Cleveland.com, the two sides are "far apart" on a potential deal.

The Cavaliers and Kings are further apart on a trade for George Hill than it first appeared, sources told cleveland.com, with significant hurdles toward a potential deal remaining.

One source told cleveland.com that the two sides were speaking "conceptually" about Hill and were never close; another said the Cavs sought to change the parameters of a potential trade.

Cavs interested in Jordan Clarkson
As the Cavs continue to look for backcourt help to help improve their bench unit before the deadline, they have had their sights set on Los Angeles Lakers guard Jordan Clarkson, according to ESPN's Brian Windhorst.

"In recent days, the Cavs have had conversations with the Lakers." - @WindhorstESPN just now on ESPN Cleveland. mentions Jordan Clarkson as a potential target

Clarkson is averaging 14.4 points and 3.3 assists per game this season.

Windhorst: Things can change but right now the #Cavs are not actively involved with the Clippers, so you can take DeAndre Jordan and Lou Williams off your list, for now.

Same with the Lakers, they aren't currently talking.

Jordan is averaging 11.8 points and 14.8 rebounds per game this season, while Williams is averaging a career-high 23.2 points with 5.1 assists per game.