Cavs Close To Acquiring George Hill In Trade With Kings For Shumpert, Frye 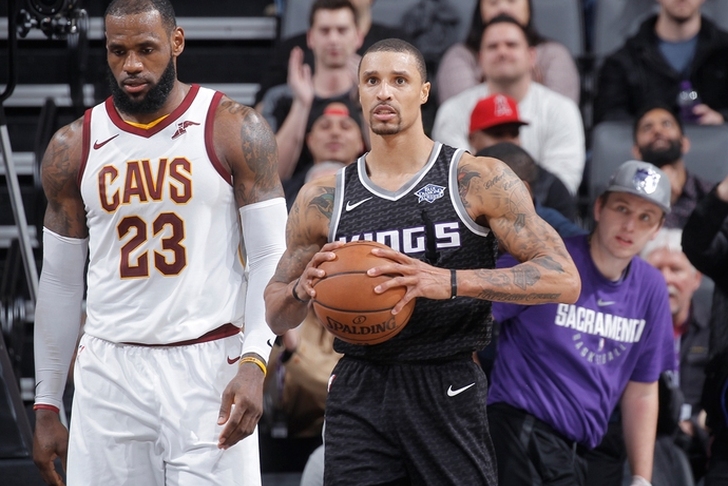 The Cleveland Cavaliers are nearing an agreement to acquire guard George Hill from the Sacramento Kings for Iman Shumpert and Channing Frye, according to Marc Stein of the New York Times.

The Kings will extract some sort of draft comepsation if they go ahead with the proposed trade of George Hill to Cleveland for Iman Shumpert and Channing Frye, according to league sources

Hill has been looking for a trade after signing a three-year, $57 million deal he signed with the Kings this offseason, and he has been unhappy with their place in the standings this season. On the flip side, Sacramento was shopping him because they are not happy with his level of play (10.3 ppg, 2.8 apg) and want to give rookie De'Aaron Fox more playing time.

However, Cleveland is interested in Hill as a quality veteran who will give their bench units some stability from the point guard spot.

The Cavs tried to deal Iman Shumpert this offseason, yet Sacramento is hoping to cash in on his defensive abilities. He is averaging just 4.8 points and 3.1 rebounds per game this season.