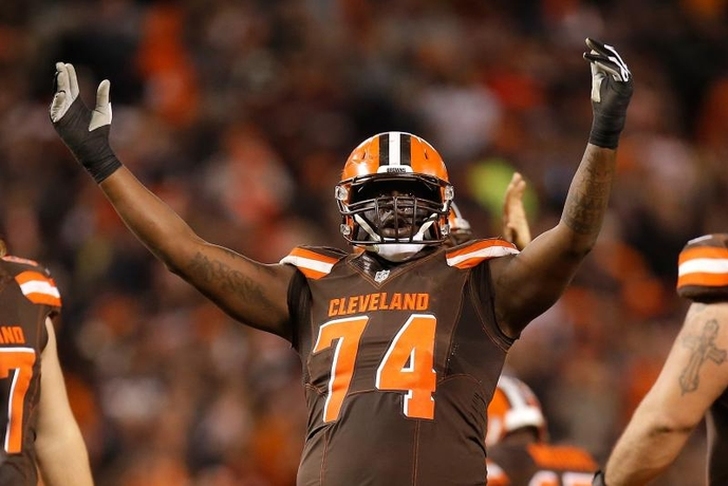 The Cleveland Browns have traded offensive lineman Cameron Erving to the Kansas City Chiefs for a fifth-round pick, according to NFL Network's Ian Rapoport.

The #Browns have traded OL Cam Erving to the #Chiefs for a 2018 fifth round pick. More Cleveland movement.

The #Chiefs have gone after players aggressively. Now, they acquire a swing tackle for $1.3M. A bargain considering the price tag & pick.

Cleveland has been shopping Erving this week, along with quarterback Brock Osweiler. They also released cornerback Joe Haden earlier Wednesday after exploring trade options for him as well.

Erving was the No. 19 overall pick in 2015 NFL Draft and started all 13 games in which he played last season. Most of those came at center, but he struggled badly at the position and was moved to right tackle. However, he didn't win the starting job in the preseason, causing the Browns to shop him.