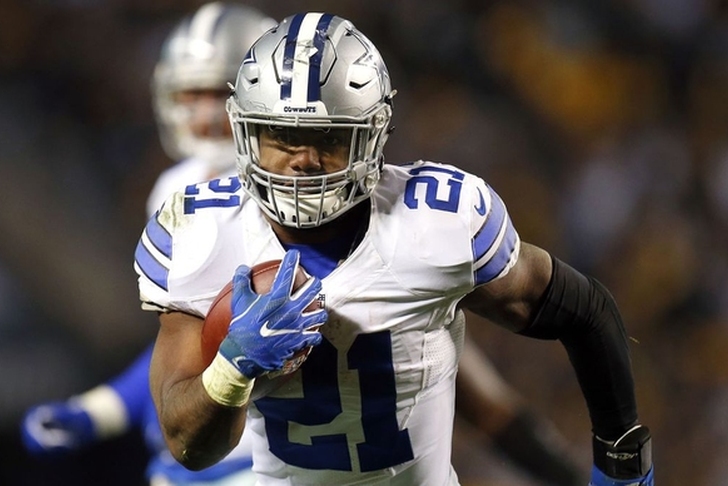 The third week of the NFL preseason is in the books and there are several rumors around trades and other moves. Just the final week is left in the preseason and there will be a flurry of roster cuts and even trades over the next week and a half or so. As a result, the rumor mill is heating up with all the latest on those position battles, injuries, potential cuts, signing and more. There's also a significant update on the Ezekiel Elliott appeal. Here are top the NFL rumors and news you need to know:

Hearing from multiple teams that the Browns are aggressively trying to trade CB Joe Haden. Very motivated to move his contract

Haden, despite being a big name with a hefty contract, is not the same player he once was. He's struggled amid injuries the past few years and he's no longer the best CB on the Browns' roster. His contract, featuring about $11 million in base salaries each of the next three years, will be tough to trade.

But Haden isn't the only player the Browns are shopping. Mary Cay Kabot of the Cleveland Plain Dealer reports the Browns are looking to trade OL Cameron Erving. He was the No. 19 overall pick in 2015 NFL draft and started most of the games last year at center. But he struggled badly at the position and moved to right tackle. He didn't win the starting job and continues to look like a draft bust.

Ezekiel Elliott Doesn't Expect To Win Appeal
The appeal over Ezekiel Elliott's six-game suspension is set for today, but according to Charles Robinson of Yahoo Sports, Elliott's team already thinks Elliott will lose the appeal. There were two major events that Elliott's camp thinks ensured he won't win: the appointment of former NFL executive Harold Henderson as the "independent arbiter" for the appeal and the decision by Henderson to bar the cross-examination of the accuser, Tiffany Thompson, and any notes from her interviews. But, that doesn't mean the appeal process is over. In fact, this seems headed to court.

"But there is a twist: The NFLPA and Elliott’s defense team have been looking for a potential procedural violation to mount a challenge in federal court," Robinson writes. "Sources have told Yahoo Sports that they believe they have it, via some of the same procedural collective bargaining arguments that opened the door for the union and quarterback Tom Brady to sue the NFL in deflate-gate. The sources declined to make the exact violations clear, but told Yahoo Sports that it involves all three of the aforementioned developments: naming Henderson as a partial arbitrator; failing to require Thompson to appear for cross-examination; and refusing to produce investigative material gathered when the NFL interviewed Thompson on multiple occasions."

In addition, the NFLPA has hired go-to lawyer Jeffrey Kessler to help with the case. Kessler led the way for the NFL in the Tom Brady case and the last antitrust case against the NFL, among others. Once the NFL renders the verdict on the appeal, the NFLPA will move quickly to file a lawsuit against the NFL in a jurisdiction it believes to be favorable.

Corey Davis Expected To Play Week 1
Titans rookie WR Corey Davis hasn't played in the preseason because of a hamstring injury, but he should play in the season opener.

With the season looming, health questions come into focus. For #Titans, WR Corey Davis (hamstring) is expected to be ready for the opener

The Titans took Davis with the No. 5 overall pick in the past NFL Draft, with the hope he could quickly become a No. 1 WR for Marcus Mariota. The time he missed in the preseason will delay his development, but he'll still play a key role this year.