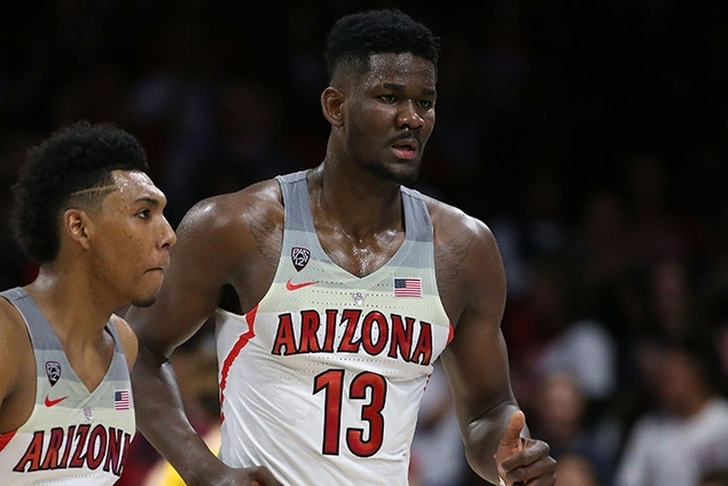 In FBI wiretaps related to the ongoing investigation into corruption and bribery in college basketball, Arizona Wildcats head coach Sean Miller and former ASM Sports agent Christian Dawkins discussed making a payment of $100K to star center Deandre Ayton to ensure he signed with Arizona, according to ESPN's Mark Schlabach.

According to people with knowledge of the FBI investigation, Miller and Dawkins, a runner working for ASM Sports agent Andy Miller, had multiple conversations about Ayton. When Dawkins asked Sean Miller if he should work with assistant coach Emanuel "Book" Richardson to finalize their agreement, Miller told Dawkins he should deal directly with him when it came to money, the sources said.

Dawkins and Richardson were two of the 10 people arrested in September when the FBI released their initial findings in the investigation.

Ayton, who at one time was the No. 1 overall prospect in the 2017 recruiting class, has emerged as one of the favorites to win both Pac-12 and National Player of the Year, averaging 19.6 points and 10.9 rebounds per game.

We project Ayton to be the top pick in the upcoming NBA Draft. It's too early to tell if this will affect his draft stock.

Richardson is accused of accepting $20K in bribes from Dawkins and financial advisor Munish Sood and giving a prospect $5K in order to get him to commit to Arizona. That prospect is believed to be 2018 five-star PG Jahvon Quinerly, who has since committed to Villanova.

The school fired Richardson, who worked as an assistant under Miller for 10 seasons at Xavier and Arizona, earlier this season.

Dawkins has been accused of funneling money to recruits on behalf of Adidas and for ASM Sports during his time at the company.

A report from Pat Forde and Pete Thamel of Yahoo! Sports early Friday morning revealed documents acquired by the FBI from former NBA agent Andy Miller, Dawkins, and ASM Sports that detail impermissible benefits and potential NCAA violations by at least 20 programs and over 25 players. Arizona was not one of the schools mentioned in that report.