A Behind The Scenes Look At The 2018 Alabama Recruiting Class 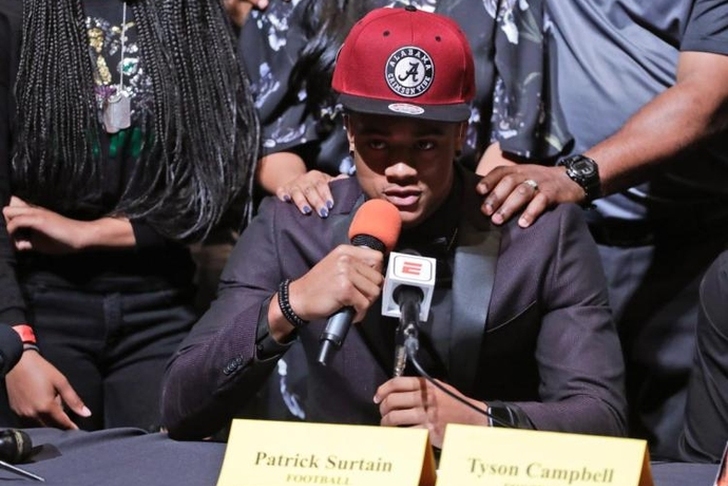 The Alabama Crimson Tide had their streak of No. 1 overall recruiting classes snapped this season, but still closed a top 10 class during last week's National Signing Day.

Alabama was firmly in the mix for both Surtain and his teammate, Tyson Campbell, who was the No. 2 cornerback in the country. Nick Saban wanted to get both, but Campbell decided rather early in the process that he did not want to attend the same school as Surtain in order to get out of his perceived shadow. So, with Surtain headed to Tuscaloosa, Campbell chose Georgia.

Another cornerback, four-star Nadab Joseph, was expected to sign with the Tide during the Early Signing Period - but ended up doing so with Georgia. Why? Alabama had concerns about his academics while UGA did not, as they expected him to be able to enroll early. That did not happen and Joseph will likely have to go the JUCO route to improve his transcript.

Perhaps the biggest surprise on Signing Day was four-star defensive end Bobby Brown, who said just days before he would be signing with the Tide, flipped his commitment and signed with Texas A&M.

Brown originally committed to the Aggies in October but decommitted when former head coach Kevin Sumlin was fired. He then committed to Alabama during the Early Signing Period and intended to sign with the Tide then, but wrongly thought he needed to have an official signing ceremony to do so, so he didn't. Both schools felt confident about their chances to land him throughout the process, indicating Brown kept telling both schools he was choosing them.

Another Texas A&M commit, four-star athlete Vernon Jackson, picked the Aggies over the Tide because he didn't want to leave the state of Texas.

In the end, Alabama closed the 2018 cycle with 19 commitments, two of whom were five-star prospects and 10 of whom were four-stars. You can view the full details of the class here.