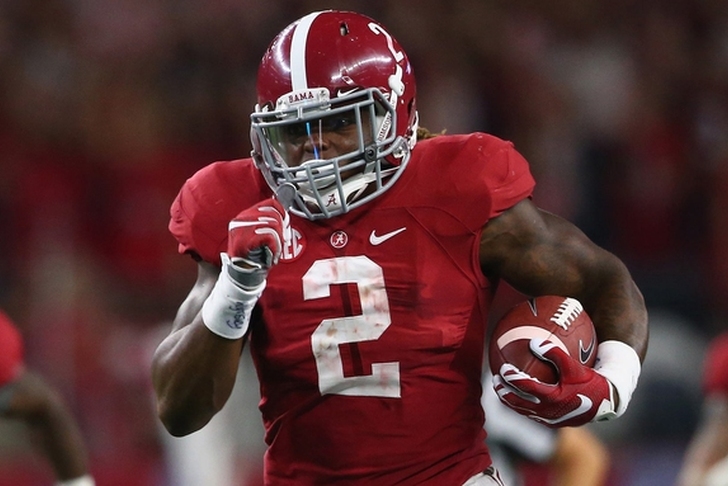 For the fourth time since 2009, the Alabama Crimson Tide are the college football national champions. Alabama used special teams and big plays from QB Jake Coker to defeat the Clemson Tigers 45-40 in the national championship game.

The Crimson Tide were down 24-21 entering the fourth quarter, but scored 24 points in thrilling fashion to capture the championship. The Tigers came up just short, despite a great effort from QB Deshaun Watson.

Alabama running back and Heisman trophy winner Derrick Henry did everything he could for Alabama. He racked up an impressive 158 yards and three scores on 36 carries. However, Clemson's defensive line limited Henry in the second half. Henry had 127 of his yards in the first half.

Alabama QB Jake Coker struggled a bit early, but finished strong. He completed 16 of 25 passes for 335 yards and two score. He and TE O.J. Howard took advantage of several broken plays. Howard had five catches for 208 yards and two scores. He had not scored a TD this season.

Watson carried the Clemson offense in the loss. He led the team in rushing with 73 yards on 23 carries. He completed 30 of 47 passes for 405 yards, 4 TDs and a pick.

Henry got the scoring started with a 50-yard touchdown run, breaking through the Clemson line and rumbling nearly untouched for the score. Clemson looked ready to take over from there as quarterback Deshaun Watson found walk-on wide receiver Hunter Renfrow for two touchdown passes at the end of the first quarter, giving the Tigers a 14-7 lead.

However, with Clemson poised to take a double-digit lead, Bama DB Eddie Jackson picked off Watson, setting the Tide up with excellent field position. They took advantage, quickly getting into the red zone and tying the game 14-14 with a one-yard TD run from Henry.

Alabama started the scoring in the third quarter on a 53-yard TD pass to TE O.J. Howard. Bama capitalized on a broken coverage by the Tigers. However, the Tigers then scored 10 straight points to take a 24-21 lead.

Alabama did the same to start the fourth quarter to snag a 31-24 advantage. The lead came via an onside kick and another broken coverage. Clemson added a field goal, but Alabama took the kickoff back for a TD to go up 38-27. Clemson scored again with just under five minutes to play, but Henry added a third TD to seal the win. The Tigers failed to grab the onside kick with 10 seconds left to have a chance to pull out a miracle.