Wisconsin men’s hockey: where will Dylan Holloway be drafted tonight? 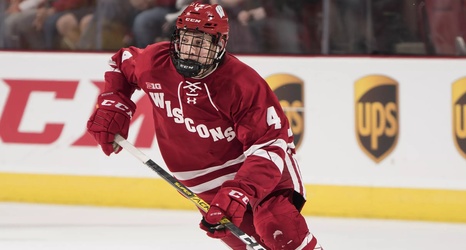 The Tampa Bay Lightning, and former Wisconsin Badgers defenseman Ryan McDonagh, were just crowned Stanley Cup champions eight days ago but it is already time to look to the future! The first round of the NHL Draft is on Tuesday night starting at 6 p.m. CT on NBCSN and current Wisconsin forward Dylan Holloway is expected to be selected at some point.

The sophomore out of Bragg Creek, Alberta, Canada stands at 6-foot-1 and weighs just over 200 pounds and was invited to Hockey Canada’s virtual National Junior Team Sport Chek Summer Development Camp this year.