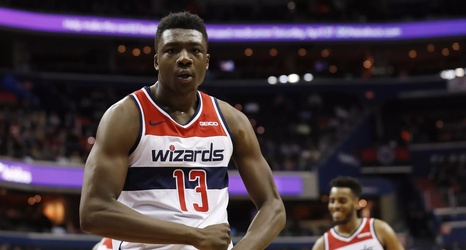 Thomas Bryant came to the Wizards before the 2018-19 NBA season as an afterthought. He was a second-year center claimed off waivers by the Wizards after being cut by the Los Angeles Lakers. When he arrived, Bryant expected to slot somewhere behind Dwight Howard, Ian Mahinmi, and Markieff Morris on the depth chart. He didn’t see much playing time for the first month of the season, racking up ten DNPs.

But Bryant had a classic NBA Cinderella story: All he needed was a little bit of opportunity, and he quickly proved himself worthy of minutes.