Here Are The Top 3 Trade Targets For The Nationals 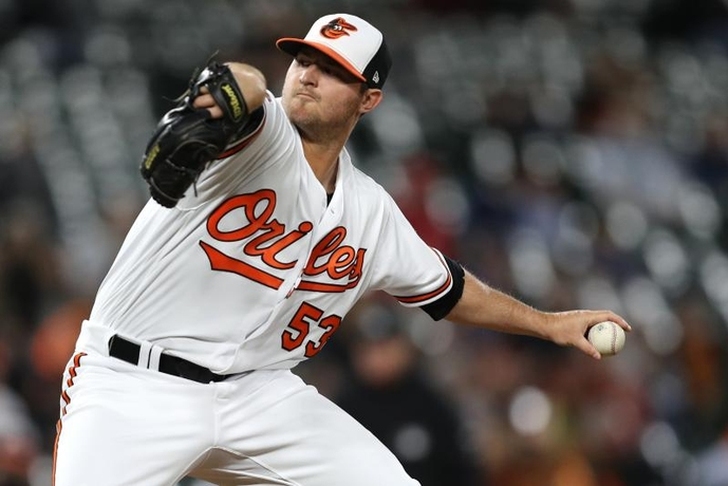 The Washington Nationals are still looking for bullpen help. They landed Ryan Madson and Sean Doolittle earlier this month, but are looking to add another big-time player.

"The Washington Nationals remain focused on the bullpen, specifically a trio of left-handers — Baltimore’s Zach Britton, Detroit’s Justin Wilson and San Diego’s Brad Hand — while also listening on rotation possibilities," Jon Heyman of Fan Rag Sports writes. "The Nats’ main goal is to fortify their pen further, even after acquiring Ryan Madson and Sean Doolittle from the Oakland A’s, though a season-ending injury for Joe Ross and a new concern for Stephen Strasburg has the Nats considering rotation options, if one comes their way."

Heyman reports that because the Nationals don't want to move top prospects in Juan Soto or Victor Robles, it's unlikely they'll be able to snag a pitcher like Yu Darvish or Sonny Gray. As a result, the bullpen is the focus.

Heyman adds that Britton appears to be the club's top target. Whether the Orioles are willing to trade Britton to a rival in the Nationals is unclear. If the Nationals land one of those three players, they could become the team's closer.

Check out our Washington Nationals team page for all the latest Nationals Trade Rumors or download the Chat Sports App!