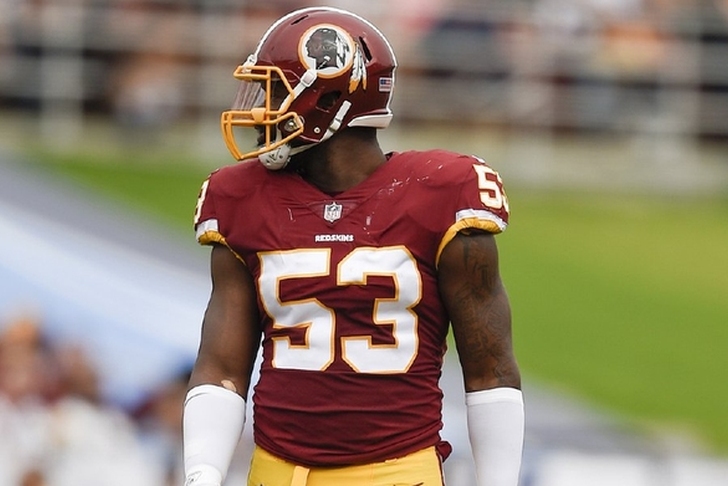 The Washington Redskins finished 2017 with a 7-9 record, but have hopes to return to the playoffs in 2018. The offseason for Washington has already been a busy one when they traded for quarterback Alex Smith. After kicking the offseason off with major headlines, what will they do to top it? Perhaps signing a player on defense or targeting a quarterback in the 2018 NFL Draft will do it. Here are the latest news and rumors surrounding the Redskins you need to know:

Related: 4 Players The Redskins Should Target In The First Round Of The 2018 NFL Draft

The 28-year-old is coming off back-to-back seasons with 125 plus tackles. Brown is looking to cash in big time after making only $2.3 million last season.

Kirk Cousins Two-Day Negotiating Period Update
When Alex Smith was traded to Washington, this meant Quarterback Kirk Cousins was going to take his talents elsewhere. The question remains where will he go? Pro Football Talk reports Cousins is not expected to agree to terms during the two-day negotiating period. He is expected to take one or two more visits to decide where he wants to play in 2018.

The issue for the impatient, he can't begin those meetings until the new seasons year opens March 14th. This also impacts many other free agent quarterbacks considering Cousins will greatly impact the quarterback market. Cousins is the prize free agent in 2018, which may cause a logjam once the new year opens.

The Minnesota Vikings appear to be the favorite to land Cousins, but the Denver Broncos and New York Jets are also in the mix.

Washington Has Interest In QB Kyle Lauletta?
The Redskins did just sign Alex Smith to a deal, but Smith is 34 years old and they may look to add some young depth considering right now the only backup on the Redskins is 31-year-old Colt McCoy. According to Yahoo Sports’ Charles Robinson, the team might have interest in a local product: Richmond’s Kyle Lauletta.

Lauletta played well at the Senior Bowl game, winning the MVP award. Washington team president Bruce Allen attended Richmond University, so he may elect to select a quarterback from his alma mater. Lauletta could be a middle to late round pick quarterback that the team may be able to help grow in the league.