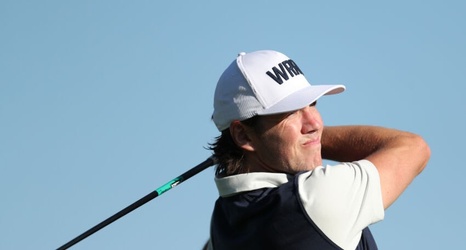 We all know what T.J. Oshie can do on the ice. But the Washington Capitals forward has talents off the ice. That includes golf and on Thursday in the American Century Championship in Lake Tahoe, he hit a golf ball very far even outdoing NFL quarterback Patrick Mahomes.

Oshie launched one from his driver exactly 369 yards. He hit the ball 180 miles per hour off the tee. Oshie smiled and gave a thumbs up. The longest drive in the PGA came from Lee Westwood in the Byron Nelson Tournament when he hit it 425 yards.