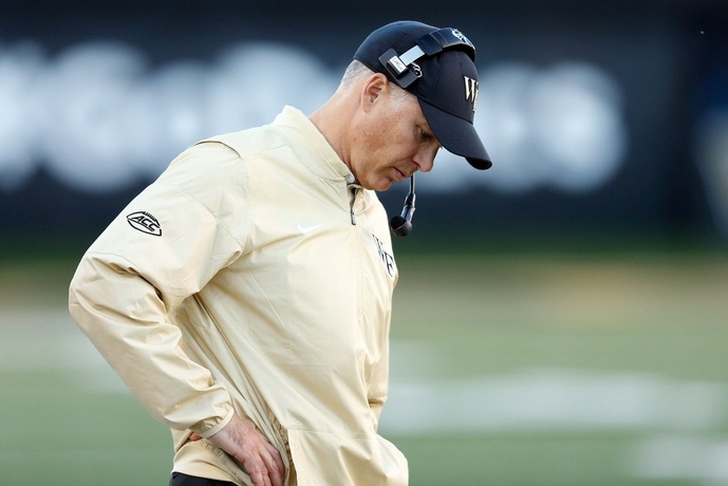 Some eyebrows were raised when Wake Forest discovered materials left behind by the Louisville coaching staff that showed the Cardinals were prepared for the Demon Deacons' gameplan, including offensive plays they had not run yet, following their No. 12 game.

Wake Forest launched an investigation to determine the source of the leaked materials, and they found that team radio analyst Tommy Elrod had leaked "game preparations" to opponents on several occasions:

He was not retained when head coach Dave Clawson took over the program in 2014.

Wake Forest is just 12-24 under Clawson, going just 3-9 in each of his first two seasons before posting a 6-6 record this year, though it's clear those records may have been hindered due to this leak.

The Demon Deacons will take on Temple in the 2016 Military Bowl on Dec. 27, marking Wake's first bowl game since 2011.