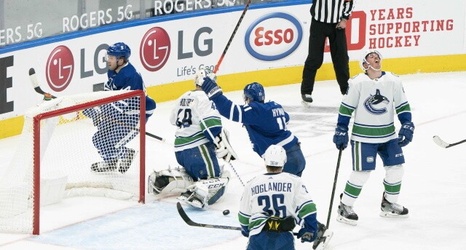 James Mirtle and Jonas Siegel of The Athletic: 27-year old Toronto Maple Leafs defenseman Morgan Rielly is eligible for a contract extension at the end of this month.

A long-term extension with the Leafs isn’t an easy decision. He could get more on the open market and the Leafs have their cap concerns.

Comparable run from Oliver Ekman-Larsson‘s $8.5 million cap hit on the high end to Alex Goligoski‘s $5.475 million on the low end.