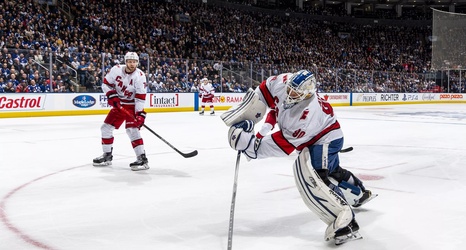 The Leafs gave up and so did I, but I gave up later than they did.

You know that saying, “don’t play down to your opponent”? Well, apparently the Toronto Maple Leafs didn’t get that memo as they played like absolute garbage in this game from the second period onward.

This game will be masked by the amazing debut win for EBUG and Marlies zamboni driver David Ayres — and I wish I could just remember that because it’s a freaking amazing story — but I cannot in good conscious forget that effort the Leafs gave.