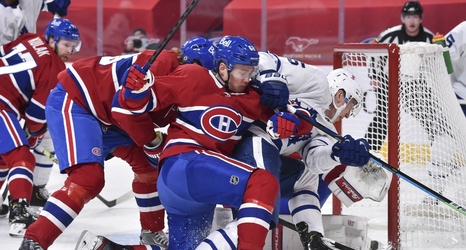 The Leafs did the old Leafs thing last night after blowing a 2-1 lead to the Montreal Canadiens losing to go on to lose in overtime. Not only did they lose the game, but they did so at the hands of Cole Caufield and a nice helping of Matthews-Marner impostorism.

If you don’t know what I mean by that, let me describe it fairly quickly. The Maple Leafs had a 2-on-0 in overtime with Auston Matthews and Mitch Marner where they didn’t score.

This is the part where most scream and say, “UGGGHHHH!