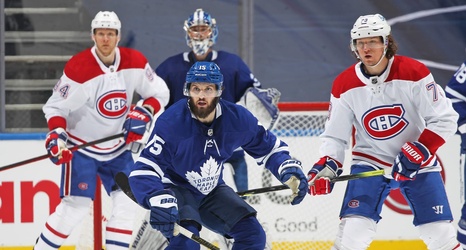 The Toronto Maple Leafs kick of training camp in just a couple days, with the preseason beginning Saturday the same way last season ended: against the Montreal Canadiens.

The regular season begins in less than one month when the Toronto Maple Leafs take on the Montreal Canadiens on October 13th. One assumes the Leafs will eventually play other teams as well.

I’ve been writing about the Leafs here on Editor for all five of the Leafs most recent playoff losses, but I am not discouraged. I am an optimistic person by nature, but as a Leafs fan for my entire life, I guess the losing just doesn’t bug me – it’s expected.