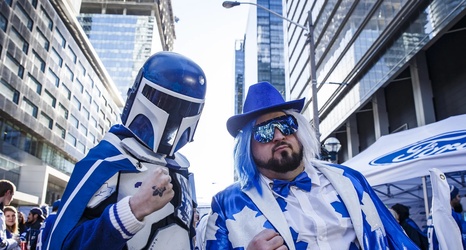 Since the Toronto Maple Leafs were eliminated by the Montréal Canadiens last spring, all Leafs fans have been saying that the regular season didn't matter. Just win a round.

Tonight, the Leafs begin the quest for their first playoff round victory since 2004, on home ice (tickets still available starting at $325), against the back to back Stanley Cup champion Tampa Bay Lightning.

If you want to try and see the party live outside the Scotiabank Arena, you can go to the link below and register for free tailgate passes.

Outside of the Leafs playoff bubble, prospect Ty Voit and the Sarnia Sting were eliminated from the OHL playoffs last night by the Windsor Spitfires.