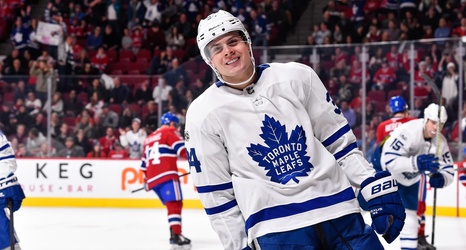 Now, nothing is guaranteed, and the Toronto Maple Leafs could end up on the outside looking in, but the probabilities are with them.

The facts are, this team is doing quite well when you factor in a six game losing streak, changing coaches (and subsequently playing a new system), and their injury problems.

The fact is the Leafs have played 58 games this year, and Freddie Andersen, Mitch Marner, William Nylander, Jake Muzzin, Morgan Rielly and John Tavares have combined to miss 58 games.

To say nothing of injuries to Johnsson, Mikheyev, Dermott, Hymen or Kerfoot, the Leafs have been missing an average of one core player per game all season long.