Toronto Maple Leafs Game Chat: is this a first round preview against Tampa Bay? 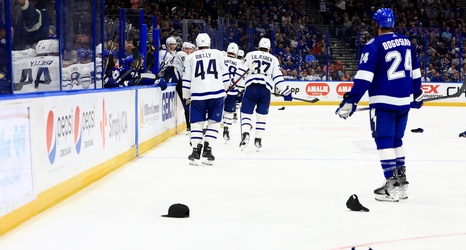 The Leafs are playing their fifth last game of the season as the 2022 playoffs loom ever larger. This is the time of the year when the regular season loses most meaning, and with Auston Matthews out with an injury, there’s no race to 60 happening right now. However, four of the final five games down the stretch are against playoff teams, all of whom the Leafs could face in the first or second round (if they get there).

Toronto is poised to finish second in the Atlantic Division and face either Tampa Bay or Boston.