Toronto Maple Leafs fall to the Rangers 2-1 in OT 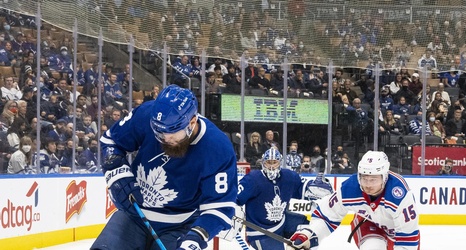 Auston Matthews returned to the Toronto Maple Leafs line up tonight, ending our long national nightmare. However, a new one begins for the people who want 8 year olds to wear suits to their rec league games at 6AM:

Is this lack of tucked in shirts and ties an omen for a blowout loss?

Where it matters - on the ice - Auston Matthews comes out and starts the game like a horse in a hospital, just all over the place and no one knows what he’ll do.

After a minute of that, William Nylander is high sticked by Barclay Goodrow, and the Leafs get a power play early on.