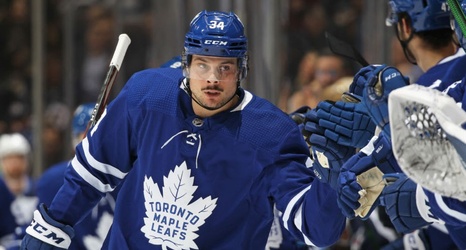 TORONTO, ON - JANUARY 8: Auston Matthews #34 of the Toronto Maple Leafs celebrates his 30th goal of the season against the Winnipeg Jets during an NHL game at Scotiabank Arena on January 8, 2020 in Toronto, Ontario, Canada. (Photo by Claus Andersen/Getty Images)

The announcement was made last week. Historically, there have been many examples of EA cover athletes suffering from “the EA curse.” Can the Toronto Maple Leafs handle another curse or are they already haunted enough?