Thursday FTB: what will Matthew Knies be if he signs with the Leafs? 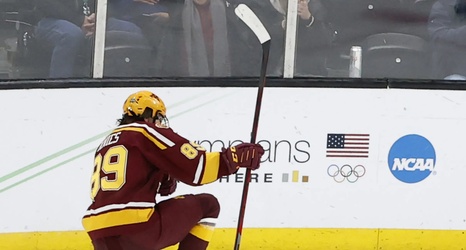 Since clinching a playoff spot, the hype around Matthew Knies and his potential signing with the Maple Leafs has gone through the roof. Knies, a second round pick just last year is a 19-year-old with a late birthday who was a point-per-game in his rookie NCAA season. He has been compared to Auston Matthews simply because of his home state and height, but his pick position should say a lot more about where he is right now. And it’s especially tough being compared to Auston Matthews as #34 has been putting up a season like this.