The Maple Leafs Roster is Growing 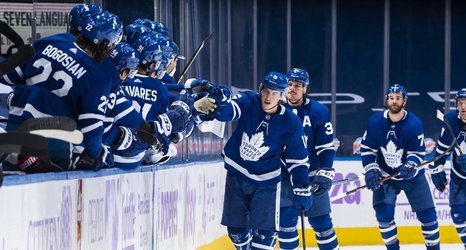 With two trades for players, one on LTIR now, and one not, the Leafs roster is growing.

This is the current active roster, plus the two LTIR players and their cap hits. This is 15 forwards, seven defenders and three goalies. Or 14 F, 7D and 2G when you just count the healthy players.