The Leafs-Lightning playoff series through four games: What’s gone well, what hasn’t, and the adjustments needed entering a best-of-three 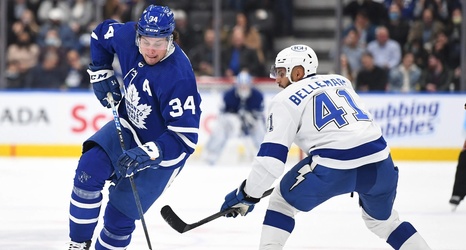 As with any 2-2 series, neither team is totally discouraged or elated with what’s happened so far, and Game 5 will change the narrative in a hurry one way or another.

With a series win, nobody will care all that much about individual points or post-game press conferences. With a series loss, everything will be put under the microscope. At this point, this series feels like a coin flip.

First and foremost, no key Leafs players have been hurt or suspended. After years of losing Nazem Kadri and Jake Muzzin from the lineup, plus the injury to John Tavares last year, that’s a major positive.