Sunday FTB: The Leafs and Baby Leafs are going streaking 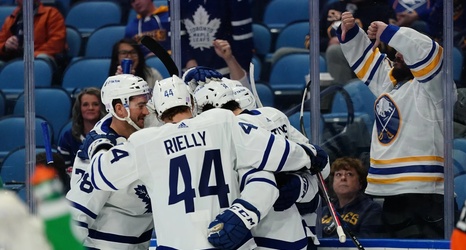 Would you believe it’s been nine games since the Leafs were in a tailspin with those three losses in a row against San Jose (5-3), Pittsburgh (7-1), and Carolina (4-1)? They’ve only lost one game since then, the 5-1 loss to Los Angeles on Monday. Going 8-1 over nine games sure is a soothing balm to the Leafs fans’ souls.

They’ve been getting by thanks to their powerplay not being so ass, and their big offensive providers coming through in most games. Matthews (11 points), Marner (13 points), Nylander (10 points) and Tavares (12 points) have all been on quite a run, but they’ve also finally been getting some goals now and then from the likes of Kerfoot (8 points), Rielly (7 points), Kase (4 points), and even Kampf’s Jedi mind-trick goal against the Sabres.