Recap: Toronto Maple Leafs aren’t half as sick as we all are of them 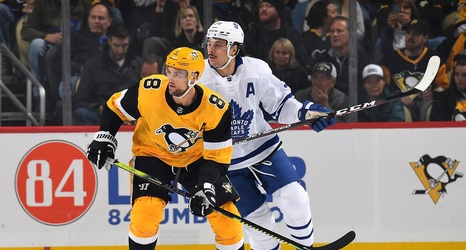 The last time the Toronto Maple Leafs played the Pittsburgh Penguins, it was a complete embarrassment and was likely one of the final nails in Mike Babcock’s coffin. Both teams wound up going through a lot of injury troubles, but have had very different fortunes in dealing with them. Pittsburgh has been dominant and one of the top contenders in the league, the Leafs have been up and down and looked very inconsistent within and between games.

Let’s hope for a better effort and result this time, eh?

The Leafs’ first chance at a powerplay went.