Ouch! This is going to hurt us more than it will you, John Tavares 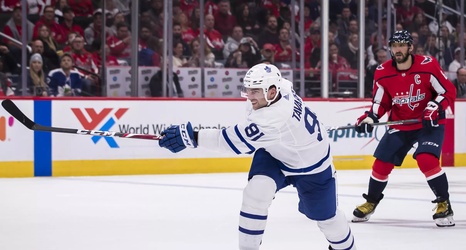 The Maple Leafs have announced that John Tavares will miss at least 2 weeks with a broken finger.

He will be out of the lineup for a minimum of two weeks, at which point he will be reassessed by the team's medical staff.— Leafs PR (@LeafsPR) October 17, 2019

Two weeks takes us to the end of the month and another game against the Capitals on the 29th.

Last night, after the goal pictured above, Tavares stayed on the ice until the final few seconds of the game when Auston Matthews and Andreas Johnsson came on for Tavares and Alexander Kerfoot.