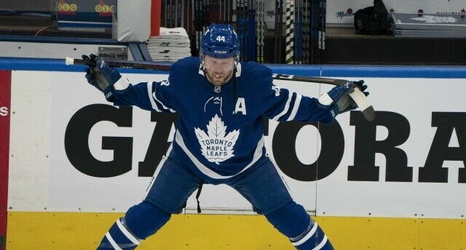 Rich Evans, Patrick’s agent said earlier this week that there were no updates on talks.

Patrick is unlikely to sign a long-term deal. Casey Mittelstadt‘s contract with the Buffalo Sabres could be a comparable – three years at a $2.5 million salary cap hit.

Even with having Alex Tuch on the LTIR, the Golden Knights are tight against the cap ceiling.

Terry Koshan of the Toronto Sun: Toronto Maple Leafs president Brendan Shanahan, GM Kyle Dubas, and head coach Sheldon Keefe could all be on the hot seat this season if it doesn’t go well for the team.