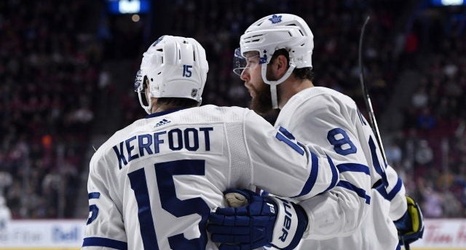 TSN: With Jake Muzzin still out with a foot injury, and Morgan Rielly now out for two month, teams are calling the Toronto Maple Leafs to see if they are interested in any of their defensemen according to Bob McKenzie. The Leafs are likely calling some teams to see what could be out there.

With their break coming up, and Muzzin inching closer, the Leafs don’t have to rush into anything. Short-term has them light on the left side, but the right side is their long-term need.

“So the question the Leafs have to ask themselves and one that maybe other teams will be asking them as well, is are you prepared to trade Kasperi Kapanen, Andreas Johnsson or Alex Kerfoot, those good young players at good contracts, for a likened contract on defence, a young defenceman.