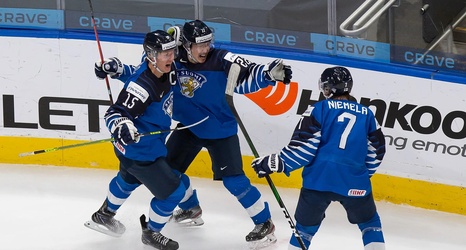 Today the Maple Leafs have signed their two 2020 drafted prospects, forward Roni Hirvonen and defender Topi Niemelä. Both with get three-year ELCs that begin next season. The deals have identical AAVs of $856,666.

Hirvonen and Niemelä were both on the WJC team for Finland, with Hirvonen serving as captain. That event was postponed and will start up again this August, so they will likely appear there again.

Both are coming off successful seasons in the Liiga, with Niemelä putting up some record-setting points for Kärpät.