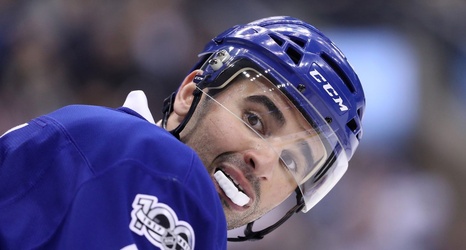 The Toronto Maple Leafs announced today that the hockey club has signed forward Curtis Douglas to a future two-year, entry-level contract. The average annual value of the contract is $837,500.

Douglas, 22, has skated in 49 games with the Toronto Marlies this season where he has recorded 27 points (8G, 19A). The Oakville, Ont. product has posted 31 points (9G, 22A) through 60 career AHL games split between Toronto and the Belleville Senators. Prior to turning pro, Douglas spent five seasons in the OHL split between the Windsor Spitfires and Barrie Colts. Douglas appeared in 247 career regular season OHL games and posted 168 points (83G, 85A) while adding four points (1G, 3A) in 10 playoff games.